These prices are effective as of September 1, 2022 but are subject to change without notice.

The most common question we hear from the families we serve is, how much is a cremation? We provide the affordable cremation goods and services shown below to our customers. You may choose only the items you desire. However, any funeral arrangements you select will include a charge for our basic services and overhead. If legal or other requirements mean you must buy any items you did not specifically ask for, we will explain the reason in writing on the statement we provide describing the funeral goods and services you selected.

CSNH Membership Registration $30
This is a one-time, non-refundable fee to become a member of the Society.

All of our cremation package plans include: basic services of licensed professionals and staff, transfer of remains anywhere in our service area, medical examiner fee, use of refrigeration, cremation container and crematory fee. If you want to arrange a direct cremation, you can use an alternative container. Alternative containers encase the body and can be made of materials like fiberboard or composition materials (with or without an outside covering). The container we provide is a sturdy double wall corrugated
cardboard container.

Many worry how to pay for a cremation service when there aren’t easily accessible funds to give a loved one an honorable goodbye. The Cremation Society of New Hampshire partners with Memorial Funding for convenient and affordable financing of cremation services. Focus on saying goodbye to your loved one and not on “How will I pay for this?” 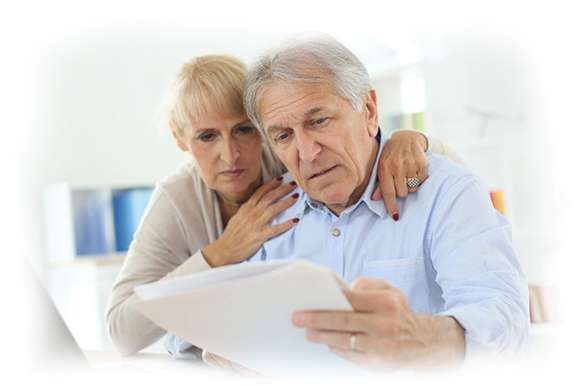 enables us to contain our costs to all the families we serve. Our general credit policy is that the entire amount of the cremation, merchandise selected, services and cash advances must be paid prior to cremation taking place. We accept cash, personal and bank checks and credit cards (Visa, MasterCard, Discover, American Express and PayPal) as forms of payment. We regret that we are unable to accept settlement

of estates through attorneys or probate court, or life insurance assignments, as a means of financial arrangements. All unpaid balances after sixty days (60) from the date of service accrue a late fee of 1% per month (12% per year).

CASH ADVANCES: This list does not include prices for certain items you may ask us to buy for you such as cemetery charges, death certificates, newspaper notices, clergy fees, and music. The prices for those items will be shown on the statement describing the goods and services you selected.

MEMBERSHIP REQUIREMENTS: To be eligible for member discounts, the completed membership form and registration fee must be received by our office prior to a member’s passing.

It is the policy of the Cremation Society of New Hampshire to provide information concerning the cremation process so that our client families and friends are fully informed. These disclosures are provided in the interest of satisfying any questions and allaying any concerns one may have. The cremation, processing and disposition of the decedent’s remains will be performed in accordance with New Hampshire Revised Statutes Annotated 325-A, New Hampshire Code of Administrative Rules Chapter He-P 600, and any and all other governing rules and the policies, procedures and requirements of the Cremation Society of New Hampshire. Cremation will only take place after all of the following conditions have been satisfied:

all scheduled ceremonies and viewing have been completed; (b) at least 48 hours have transpired since the death occurred (no waiting period is required in the case of death resulting from a contagious or infectious disease and the Cremation Society of New Hampshire reserves the right to

perform the cremation thereafter according to its own schedule); (c) the burial permit has been issued along with a copy of the signed death certificate and cremation authorization form; (d) the decedent has been viewed by a State appointed medical examiner or assistant examiner and the medical examiner certificate has been signed; (e) the decedent has been wrapped in a leak proof pouch and placed in the cremation container; (f) pacemakers, prosthetic devices, silicon implants or other radioactive implants have been removed; (g) no objections concerning the cremation have been raised; and

(h) the cremation and our charges have been paid in full. Cremation is performed by placing the decedent in a cremation container and then placing the container into a cremation chamber or retort where they are subjected to intense heat and flame through the use of natural gas, incineration of the container and its contents is accomplished and all substances are consumed, except bone fragments (calcium compounds) and metal (including dental gold and silver and other non-human materials) as temperature is not sufficient to consume them. The Cremation Society of New Hampshire, at its sole discretion, reserves the right to remove all non-combustible materials before cremation and discard them in a non-recoverable manner. Due to the nature of the cremation process any personal possessions or valuable materials, such as dental gold or jewelry as well as body prosthesis or dental bridgework, that are left with the decedent and are not removed from the container prior to cremation will be destroyed, or if not destroyed, will be

The Cremation Society of New Hampshire fingerprints all decedents, insofar as possible, to ensure the accurate identification of the body throughout the process leading to final disposition. The family agrees and gives us permission to take the decedent’s fingerprints with a vegetable-based ink system or biometric scanner. These fingerprints are kept in a secure location, and at the families’ written direction may be destroyed after final disposition. Fingerprints will otherwise be maintained in a secure, encrypted storage facility for a time specified, pursuant to the law in Illinois where the storage facility is located.

Find out how much cremation costs. 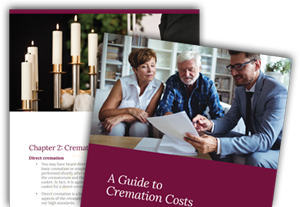