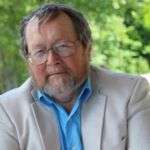 He was the husband of Dianne (Newton) McAnallen. They were married on June 25, 1975 in Franklin, NH.

He was born and raised in West Sunbury, PA, and attended Moniteau High School, class of 1970. He honorably served in the US Navy from 1970-1974. Bruce worked...