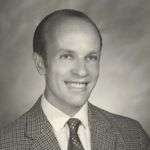 Charles D. "Chuck" Maurer, Jr., 92, died peacefully on March 18, 2019 at Bel-Air Nursing Home in Goffstown, NH. He was born in Malden, Massachusetts on July 15, 1926 to Reverend Charles D. Maurer, Sr. and Mrs. Anna (Nillson) Maurer. As a minister's son, he grew up in several locations in Massachusetts and New Hampshire.

Chuck enlisted in the Army Air Corps during World War II and was honorably discharged in November, 1945.