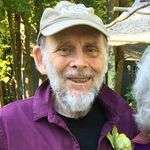 David Lubell, 87, passed away on December 31, 2019. Born in Brooklyn on April 1, 1932, David earned his Ph.D. in mathematics in 1960, at the NYU Courant Institute of Mathematical Sciences. After teaching at Harvard as a Benjamin Peirce Fellow, he joined a consulting firm where he worked for the U.S. Navy, the Air Force, and the petroleum industry. Eventually he returned to academic life, first at NYU. Then in 1969 he joined the faculty of...