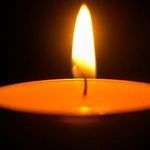 Donald Heath, 81, of Webster, died at Elliot Hospital in Manchester on Thursday, May 17, 2018 after a long illness. He was born on September 16, 1936 in Concord, son of the late Vincent Heath and Dorothy Heath (Gallien) Lemieux.

He was the beloved husband of Gail (Jackson) Heath.

Donald was raised in Bow and was a 1954 graduate of Concord High School. He served in the US Army during the Vietnam Era from 1959-1961. Prior to retirement he...