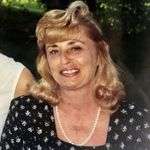 Donna L. Mulligan, 75, a longtime resident of Southern New Hampshire passed away Tuesday the 13th of August at the Community Hospice House in Merrimack NH after a lengthy illness.

Born on January 6th, 1944 to the late George and Loretta Levine in Burlington VT, Donna graduated from Bennington Catholic High School in 1961. She became a nurse after completing her training in 1963 at the Putnam Memorial Hospital in Bennington VT.