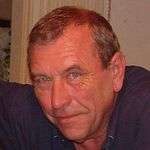 Ted was born on August 24, 1945 in Melrose, MA, son of Frank P. and Dorothy E. (Ring) Fay. In addition to Massachusetts and New Hampshire, he resided in Florida and Texas during his life. He was a graduate of Melrose High School and honorably served in the U.S. Navy aboard the USS Cadmus AR-14 (1965-1968). Ted was a retired...