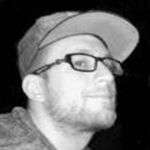 Francesco William "Frankie" Powers-Collins, of Manchester, NH, formerly of Londonderry, NH, died on September 1, 2018 at Portsmouth Regional Hospital as result of an accident. He was born on July 29, 1990. Frankie was the cherished son of John M. Collins and Cecilia V. "Ginny" Powers-Collins of Londonderry, brother of Marc Boutin and his wife Jacquie of Manchester, loving father of Talia and Leland Shepard, Jayden Caron and Olivia Powers...