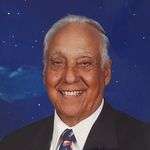 Frank Edward Forester, 93, of Hudson, NH, passed away at his winter home in Boca Raton, FL, on January 12, 2020.
Frank was born April 27, 1926 in Woburn, MA to Saverio and Maria (Terrograsso) Forester. Frank graduated from Woburn High School. He became a Veteran, after his service in the Army Infantry during World War II. On June 7, 1953 he was married to Shirley Mae McCue in Woburn, MA.
He spent many years as an Owner/Designer at Forester's...