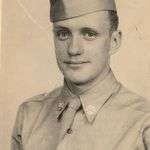 George (Wightie) Valentine Wight, 87 of Manchester, NH passed away with family by his side on Thursday November 9th 2017. He was born on April 20, 1930 in Queens, NY. He was predeceased by his wife Joan and son Charles.

George served in the United States Army after WWII and was a tractor trailer driver after leaving the service. He was a driver on Brooklyn's waterfront for 35 years and was a proud Teamster for 60 years. George served as a...