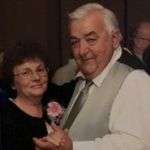 Born January 10, 1941, he was the son of the late Herbert N. Brown and Mary (Makepeace) Brown. Herbert often went by the nickname "Sonny".

Herbert grew up in Hampstead, NH and lived the majority of his life in Manchester, NH. Herbert was a man of many trades. Throughout his life he worked as a casket maker, carpenter, and was a long...