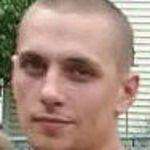 Jamison R. Brauer, age 24, passed away on Friday, August 4, 2017.
He was born on August 26, 1992, in Manchester, NH the son of Kathleen M. Quinn-Brauer and George V. Brauer.
Jamison was employed as a commercial tile installer and worked for Capital Tile and Marble.
Jamison was an avid snow boarder growing up, with child hood close friends, Taylor P. Mal S, and Alex C , Always at Pats Peak. As he got older, he enjoyed landscaping,...