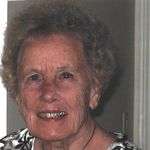 Jane Carlton Hunter, a longtime resident of Bedford and Manchester, NH, died peacefully January 16, 2020 at Birch Hill Manor in Manchester. She was 94.
Jane was born August 2, 1925 in Boston, Massachusetts to John A. Carlton and Winifred MacDonnell Carlton. Jane lived in Manchester where she graduated from Central High School class of 1943. She earned a Bachelor of Science Degree at the Massachusetts College of Pharmacy in 1947 and became a...