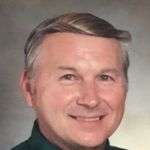 Joel was born in West Epping, New Hampshire to parents Ella and John Porter on September 12th, 1937, the youngest of 12 children.

On August 29th, 1959 he married Jacqueline R. Hamel and on April 24th, 1961, they welcomed their only child, Joel Robinson Porter, Jr. After Jackie lost her battle with breast cancer in 1985, Joel married Bernadette Doyon....