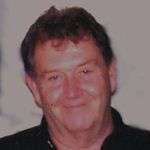 Joseph Thomas Birch V, always a bit too optimistic for his own good, passed away on June 5, 2019 after having struggled with Parkinson's Disease and dementia for over three years. Joe was born in Quincy, MA on October 12, 1943, the son of Joseph Thomas Birch IV and Ann (Halloran) Birch. He grew up in Quincy and graduated from Quincy High School in 1961 where he was captain of the football team, and where he later was inducted into the Quincy...