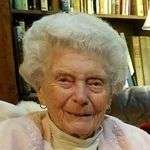 Josephine Rose (Coppola) Catalano, 97, died Monday, November 27, 2017, peacefully in her sleep in Nashua, NH. She was born on November 28, 1919 in Vallefiorita, Italy, the daughter of Salvatore and Maria Rosa Coppola.

Josephine, her parents, and her five siblings immigrated to the US in 1928, coming through Ellis Island, settling in the North End of Boston, and later moving to Watertown, MA. It was there that she met and married her husband,...