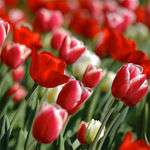 Joyce Elaine Clouse, 69, of Lawrence, MA, died November 13, at her home. She was born June 24, 1950 in Atlantic, Iowa, daughter of Eddie and June Walters Bryan and married Larry Kenneth Clouse in Berlin, Germany on September 23, 1976.
She is survived by one sister, Donna Henn of Cedar Falls, Iowa.
She was preceded in death by her husband Larry K. Clouse, daughter Christine Louise Clouse, brother-in-law Ricky L. Henn and her parents.
Joyce...