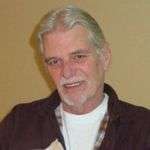 Kevin James McCarthy, 68, died Saturday December 23rd 2017, at his home in Nashua NH after a brief battle with Cancer. He was born on July 10th 1949 in Waltham, Massachusetts to the late James and Margaret McCarthy.

He was the husband of Linda D'Alessandro McCarthy, married on June 23rd 1979 on the Bostonian II in Boston Harbor, Massachusetts.

He was a Vietnam Veteran in the United States Coast Guard, serving on the USCGC Sherman from 1968...