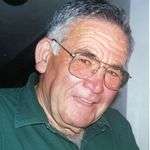 Les was born in Joplin, MO on June 20, 1929 to Virgil and Lucille Cash. Les grew up in the plains region before joining the United States Coast Guard. Through his time in the Coast Guard he landed on the east coast where he became an active member of the local union and worked at JJ Duane as a crane operator on the docks of Boston. After working in Boston long enough he had multiple small businesses that he ran over his lifetime, most of which...