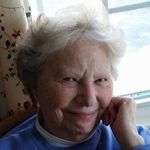 She was born on June 23, 1934, in Manchester, NH the daughter of the late Aime and Florence (Blais) Rambeau. She was raised and educated in Manchester. After graduating from West High school, she married the late Hector Lesmerises. They were married for 58 years building a home and raising their family
She worked for over 20 years as an operations...