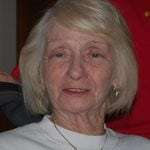 Mrs. Maureen (Taylor) Falzone, of Tewksbury, Mass., born on August 19, 1938 in Boston to the late Gertrude and Bill Taylor, passed away at age 79 on May 7, 2018 in Lowell General Hospital. After graduating high school, she raised 5 children, and then began a career in the Health Care industry at Lahey Clinic as a Hospital Admissions Coordinator until retiring in 2011.

Maureen was married to Joseph Falzone Sr.. She was preceded by her brothers...