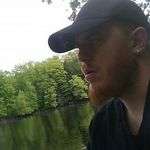 Neal Richard Bolster, 29, of 240 Plain Road Hinsdale, NH, passed away unexpectedly leaving family and friends on April 11, 2019. He was born on November 22, 1989 in Brattleboro, VT, the oldest son of Christopher R. Bolster and Laura Leary-Bolster. Neal attended Brattleboro schools as a child and graduated from Kindle Farm school in 2008.
He had a passion for hunting, especially with his bow. He was very social, spending much of his time with...