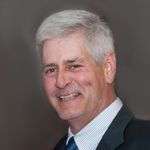 Paul T. Reagan, 64, of Manchester, NH, passed away peacefully on June 4, 2019 after a recent decline in health. Paul was born on February 19, 1955 in Winthrop, Massachusetts, the oldest son of Bernard Reagan and Carole Reagan. Paul spent his early years in Massachusetts before moving with his family to Maryland, where they lived just outside of Washington, DC for many years. Paul later returned to New England and completed his Master's Degree at...