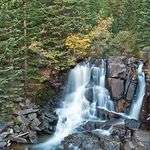 Peter T. Richard, 71, of Manchester, NH died on Wednesday, June 12, 2019 at the Community Hospice House, in Merrimack, NH.
Mr. Richard was born on December 24, 1947, in Manchester, NH the son of the late Edmond and Beverly (Ashton) Richard.
Prior to retirement, Mr. Richard was employed by City Cab where he was a dispatcher.
He was an avid Boston sports fan.
Members of his family include; his brothers, William E. Richard and his wife Diane...