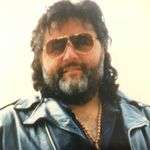 Richard Charles Douglas, 68, of Manchester passed away unexpectedly on November 28, 2017.

He worked as a mechanic all his life. He is a loving father of two daughters, Taressa O'Neill and Sharon Say. He is also a grandfather to four grandchildren Hallee Corrinne O'Neill, Jason Daniel O'Neill Jr, Destiney Star Say, and Savannah Sky Say.