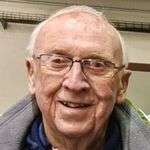 Manchester- Richard "Bubba" K. Wheeler of Manchester passed away despite the valiant efforts of numerous surgeons at DHMC, on March 10, 2020.

A graduate of Peterborough High School, he joined the Army National Guard and served in the Air Force from 1950 to 1954 as a Staff Sgt. Bubba was a member and past...