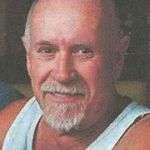 ROCHESTER - Richard (Dick) M. Gervais, 68 of Rochester, NH passed away surrounded by his family at Hyder House on Tuesday, November 7, 2017 after a battle with cancer. Dick was predeceased by his parents, Louis and Rita Gervais of Gonic, NH.
Dick retired from Portsmouth Naval Shipyard in 2004 after 37 years of service where he formed many friendships. Dick enjoyed going to X38 retiree lunches and catching up with his former co-workers. He...