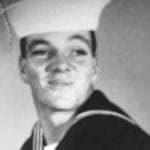 Bobby was born on Sept. 13, 1944, at Chelsea Naval Hospital in Chelsea, Mass., the son of the late Robert Carl Blomquist and Mary Alice (Foody) Blomquist.

He is survived by his four children, Stephanie, Robin, Marci and Daniel; five grandchildren, and three great-grandchildren.