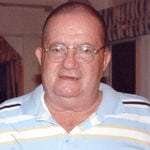 With deep sadness Robert Edward Tack of Epsom NH died on July 2nd, 2018 after losing his battle with cancer. Bob was born on July 19, 1942 in Paterson City NJ. He lived in Manchester NH for most of his life and attended Manchester Central High School. He served in the army. He worked in shoe industry until he retired. After retiring he worked part time for Poultry Products and then later for NAPA Auto Parts for several years before fully...