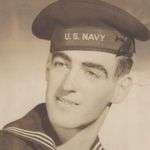 Robert I. Marchand, 88, died on June 6, 2020 at his home in Boscawen. He was born in Millbury, MA January 23, 1932 where he lived most of his life until recently moving to Boscawen. He was the son of Israel Marchand and Allouise (Comptois) Marchand. He was the husband of Catherine (Kelly) Marchand, his wife of 69 years until her passing in November, 2019. Bob attended school in Millbury and went on to enlist in the U.S. Navy. He was a member...