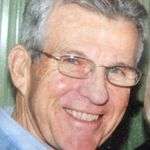 Robert M. Keating of Bedford, New Hampshire, died peacefully in the early morning hours of January 1, 2019 at his home, at the age of 82, surrounded by his family. He was born on May 4, 1936, the son of James F. and Shirley W. Keating. He is survived by his beloved wife, Judith J. Keating of Bedford, and his three children: his son, Christopher Keating of Tuftonboro and two daughters, Kelly...