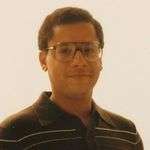 Robert W. Stanton, Jr, aka Danny, Dannyboy and Bobby by his friends and family, died after a long illness on September 15, 2019, at the Manchester VA Community Living Center in Manchester, NH. He was born in Baltimore MD on October 6, 1949, the son of Robert and Mabel Stanton. He married Marcy Stanton on December 23, 1983.

After graduating from Edmondson High School in Baltimore and serving in the US Air Force for 4 years, Danny attended...