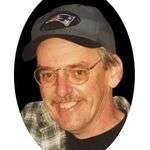 Steven J. Mills (Millzy) 61, of Manchester, died peacefully on Thursday, November 2, 2017 with his daughter, Felicia, sister, Jayne, and his nieces Kristen and Tiffany by his side at the Elms Center, in Milford, NH.
Millzy was born on October 14, 1956, in Manchester, NH the son of the late Arthur and Elaine (Pitt) Mills. He grew up in Derry, NH and graduated from Pinkerton Academy in 1974.
He was employed at Hadco out of High School then went...