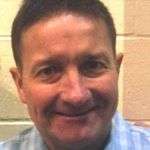 Born September 19, 1961, Thomas M. Boulay, 'Tommy,' entered this world, behind two older brothers, Rocco and Alan, followed by a younger sister, Gina. Considered the more sensitive one of the Boulay bunch, he became the prankster in the family, typically looking to evoke a giggle rather than an argument.

His 'machine gun' laugh, as people knew him for, was his trademark from childhood on. Long time friend, Peter Keough, remarked, "Tommy was...