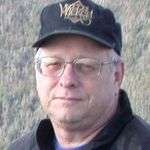 Wayne Eugene Burgess of Webster died in Concord on September 19. A lifelong NH resident, he was one of three children born in Littleton to Florence and David Burgess. He lived 17 years in Littleton before moving to Lebanon, were he completed his senior year in High School. He then served as a medical corpsman in the Air Force after which he earned his BA Degree and took employment with the State of NH, leading to a career in computer management....