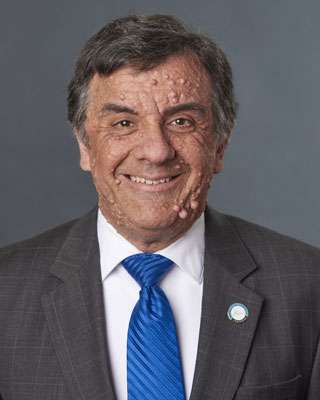 Peter was born and raised in Newburyport, MA and has been active in funeral service since 1980. When he was 16 months old, his father died aboard the submarine, USS Thresher. Whereas no bodies were recovered, Peter decided to dedicate his life's work to those who could have more meaningful services. He is a graduate of New England Institute, having earned an Associate's Degree in Funeral Service. Peter is a licensed funeral director/embalmer in NH, ME & MA. He is a communicant of Our Lady of the Holy Rosary Church in Rochester where he serves as a Lector. He has served on various Boards including Chamber of Commerce, a credit union and a visiting nurses association. Peter was awarded a Paul Harris Fellowship by the South Berwick-Eliot, Maine Rotary Club. Peter and his wife, Nancy make their home in Rochester along with Jenny, a Black Lab-German Shepherd.
Email:
peter@csnh.com
Phone:
603-622-1800 Ext. 127